Claire specialises in Wedding Ceremonies and Champagne Receptions. Whether it be Religious or non-religious Claire never fails to deliver beautifully.

Prior to you’re Ceremony Claire is happy to meet up and suggest hymns or songs for your special day. Selecting appropriate music for you’re Wedding Ceremony (Whether it be a religious or non-religious ceremony) can be a difficult task.

Generally Catholic Wedding Ceremonies require an organist as many hymns are very old and can’t be obtained in a backing track format.

I am often asked to sing at Catholic weddings to help lead the hymns. My role as cantor helps the guests and gives them encouragement to sing along. Most weddings are accompanied by an organist but I have worked with several musicians including string quartets, classical guitar and harp.

Links in Professional Collaborations under ‘About me’

Catholic Wedding Ceremony Music Sung for a full Mass – with example Order of Service below.

Canon in D (for bridal party)

Let there be love shared among us

Responsorial Psalm eg As the deer pant s for the water.
Response;
You alone are my hearts desire and I long to worship you.

Alleluia
God is Love, let us love one another as I have loved you
Alleluia

One bread One body

Often I suggest to couples that I sing a sacred solo as the guests/congregation go for communion. People tend not to sing out at this stage eg Panis Angelicus or any of the Solos suggested in my Repertoire section

A Communion hymn can then be sung after eg, This is my body.

Often an organist or String quartet would play a nice piece of music for the couple to exit as a married couple. It doesn’t have to be a Wedding March or Sacred music as long as it isn’t sung.

Church of Scotland weddings don’t tend to have Cantors but occasionally may require a singer to sing a couple of hymns and a song during the Signing of the Register.  A Singer may be a great contribution to the Ceremony particularly if many of the guests don’t attend church and are unfamiliar with the hymns.

Example Songs Include Songbird, From this moment, Feel’s Like Home, Can’t help falling in Love.

Claire is also available to sing after the Ceremony and continue during the Drinks Reception, meal and first two dances during the evening. 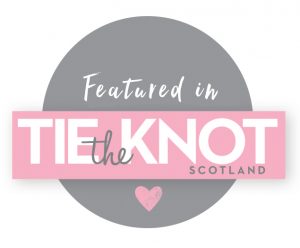 If you would like to discuss booking me for your event or celebration, please either contact me on 07977 518516 or send me an email.

You can find me on Facebook by clicking here.